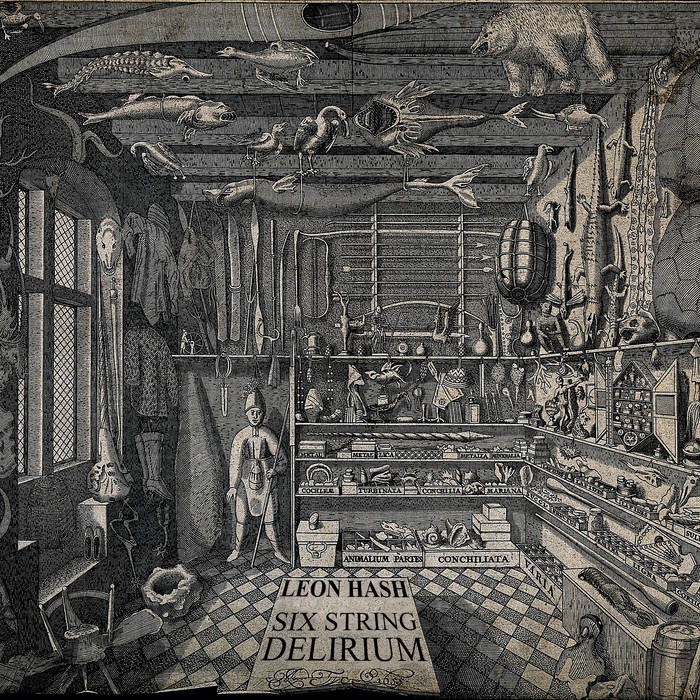 This is the most ambitious album ever from Leon Hash. The idea was to catch up on old material and finally get it all released. This amounts to a gratifying collection of some of his finest songwriting. Immense attention was put into production quality, effects, and guitar virtuoso. It continues with Leon Hash's predominant genre of alternative rock, with a delicate balance of psychedelia, metal, blues and folk. Lyrically it explores topics such as love, personal issues, politics, traveling, and life in the big city. Passionate, grandiose song structures give way to swirling, distorted guitars, and quiet acoustic spirituality.

And there is still more to come... look forward to a follow-up EP!

Thank you to everyone for their ongoing support, in particular my
fiancée, Betty.

All songs written, recorded and produced by Leon Hash, except where noted.

Featuring my brother, Jonathan Ziemba, on drums for "We Got A Hold" and "New York", and my father, David Ziemba, on bass for "New York".

"Stack Shot Billy" is a legally licensed cover of the 2004 version by The Black Keys. Original version (varying in song structure and lyrical content) written by Ray Lopez in 1911, released as "Stagger Lee".